How to Make $10,000/Month on YouTube WITHOUT Showing Your Face 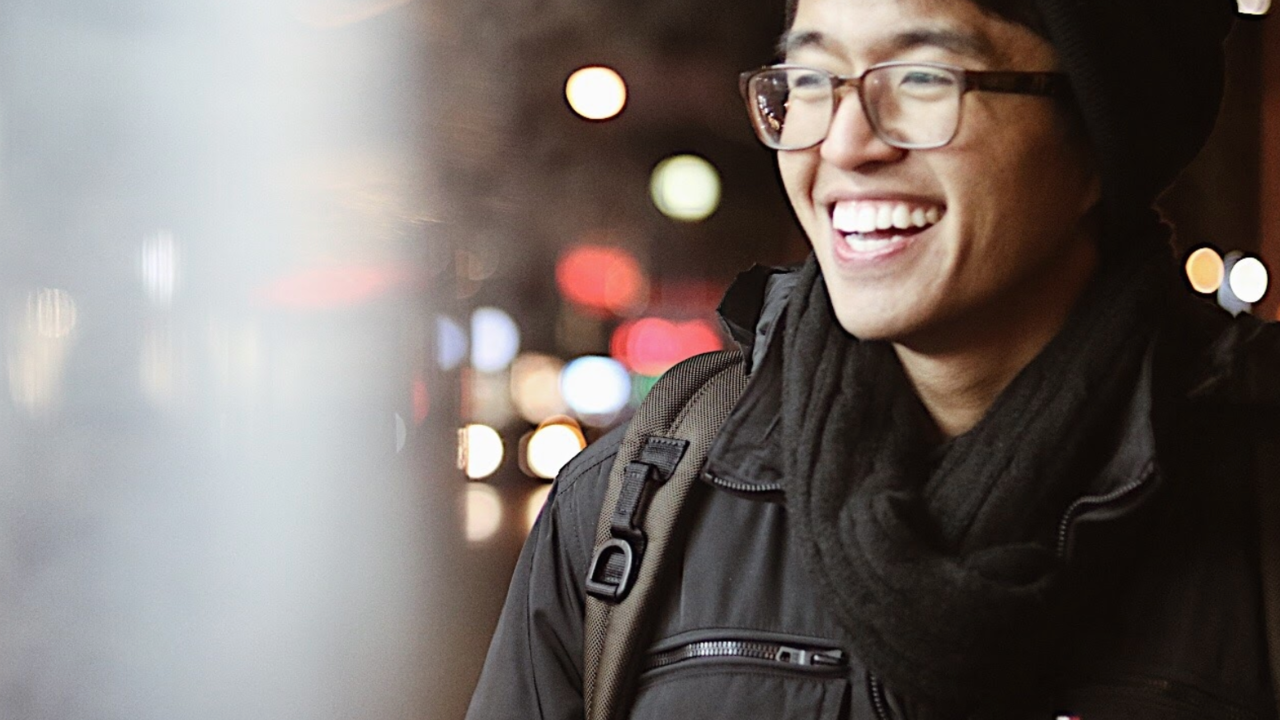 Being a YouTuber does not always mean you have to be the face of your YouTube Channel. There are plenty of channels that are very successful on YouTube despite not having a face to their brand. Jon Corres is a YouTuber who has only recently started showing his face on his own personal YouTube channel but prior to that, he has been running faceless YouTube channels for over a year now and has plenty of success with it. Currently, Jon makes over $10,000 a month with his YouTube channels and best of all, he does not show his face or even create the videos himself. I got the chance to interview Jon when he reached out to me on Instagram and had a really under the radar approach to doing YouTube. Read about our interview below:

Question: Tell me a little about yourself!

Answer: Hey everyone, so I’m 26 years old. I currently live in Nevada where it’s extremely hot right now but during the winter it’s really nice. I’m actually a physical therapist- I graduated school last year, but the crazy thing is that I’ve only worked as a physical therapist for 2 weeks before I stopped. So this was around the time of when COVID was starting to happen around March. I got accepted to a home health job and as soon our state went into lockdown, I quit my job and continued focusing on YouTube. Despite making thousands of dollars per month on YouTube, YouTube was technically my semi-passive income, so my plan was to combine that with working an actual job. At this time currently, I’m doing YouTube full-time.

Answer: So I got started on YouTube back in December of 2018. The first type of videos I posted were ASMR videos which are videos where you basically eat in front of the camera with a mic really close to your mouth so that viewers can hear you eat. It’s supposed to stimulate relaxation in the brain or something- but all I know is that people were doing and I thought hey, if they can do it, I can too.

ASMR videos didn’t last very long as I was very uncomfortable eating in front of the camera. At that point, I wanted to pursue YouTube, but being afraid to be on camera was a feeling that was prevalent, so I dropped the ASMR idea and moved towards talking about physical therapy-related videos. By posting physical therapy related videos, I noticed that it would take 8+ hours just to create one video and have only 10 views when posted. I also thought that filming myself was not gonna be something that I can scale in the future because physical therapy knowledge is so niche, I’d basically have to do everything myself- and again, the fear of being on camera was still there.

I dropped the idea of posting physical therapy videos and just went on an analyzing/ studying spree. I browsed through YouTube and then came across Watch Mojo and I was fascinated with how they were able to run a successful business of faceless YouTube channels. I even watched numerous interviews and even read the book by Ashkan Karbasfrooshan. After studying and analyzing how channels like Watch Mojo were able to run successful YouTube models, I decided to take the leap myself in November of 2019. I created a few videos at first myself but that was again taking over 8+ hours of my time, so eventually I hired a team to create the videos for me.

Seventeen hundred dollars down the drain and now the time is around January of 2020- and I finally noticed a glimmer of hope in one of my videos that were starting to get picked up. Slowly that video went from 1,000 views to 100,000 views and then to 1 million views by February. To this date, that one video has over 7 million views and has made over $18,000 for me. That video only cost $80 to produce. It was then that my YouTube career finally took off.

Question: How are you making money off of YouTube?

Answer: My model of YouTube revolves primarily on views. Now I know you’d say doesn’t every YouTube channel want views? Yes, but my channels heavily rely on high amounts of views. A couple of days ago I had a big day on one of my channels that gained 450,000 views in a single day but now has died down to averaging anywhere from 150,000 to 200,00 views per day. My money comes primarily from Adsense on YouTube, so when someone watches an ad on one of my videos, I’ll get paid a very, very small amount. If I’m getting hundreds of thousands of views though on my video, that very, very small amount I’m getting paid per view eventually starts adding up!

Question: Did you market any of your videos?

Answer: Nope, I did one thing and one thing only: I posted quality engaging content with a really good thumbnail and title. I’ve noticed that most of my videos that go viral nowadays do have over a 15% click through rate and a 40% watch time, so those are my 2 standard numbers that I am for when posting a new video.

Answer: So right now I have a team of 37 people who work with me. I’ve personally gotten into phone calls and trained each and every one of them. These people range from scriptwriters, voiceover artists, video editors, thumbnail artists, and my project manager who is probably the best person to have helped me scale.

Every Monday, I send roughly 4 new topics to every channel that I own. It basically goes through an assembly line starting from the scriptwriter and ending with the thumbnail artist. My project manager is in charge of facilitation video productions and managing the materials between my team. He also keeps the team and myself very organized. Our entire business model runs under Notion and we communicate via Skype and Whatsapp. The only thing I do is researching new engaging video topics and uploading/ scheduling the videos. If there are any problems, my project manager usually leaves me a message through Skype which I attend to when I start my work the following day. My team is trained to have their invoices on work they completed for the week before Friday. Friday when I wake up, I pay my team and enjoy the weekend and then the cycle repeats.

Question: Where did you find most of your team?

Answer: So my team is from all around the world. I have met the majority of them through UpWork and I think since November, I’ve only had 4 people leave the team? My script writers are about 50% from the US and 50% from outside the US, my voiceover artists are 100% from the US, and my video editors are all over the world. Oh, and my project manager is from India and he is just absolutely fantastic in keeping my channels and team organized.

As for competition, competition is a myth! Just kidding. Let me break it down for you, a lot of the time I talk to people who are always too worried about the competition. Whenever i start a new channel, my “competition” doesn’t exist. Now in a literal sense, yes there are videos competing for spots that your videos are competing for. But in my methods of doing things, that doesn’t matter.

Let’s say you have a video titled Top 10 celebrities dumbest moments. Now when this video goes viral, it’s very very likely that 60-80% of the traffic is gonna be from suggested views. When you check your analytics to see what specific videos are suggesting your video, to no surprise, there’s a video called Top 10 celebrities dumbest moments you’ve never seen suggesting hundreds of thousands of views to your video. Both videos are pretty much identical, right?

And who owns that video? Your quote on quote “competition.” So do you see where im getting at? Most people are too worried about competing with their competition when in reality, your competition is going to be helping you. The goal is to utilize their viral videos and appear on THEIR suggested feed in order to help make your videos go viral. I spend literally no time worrying about “competition” whenever I'm coming up with new video topic ideas.

Question: What piece of advice can you give to new YouTubers who are starting or struggling to grow?

Answer: Through my mentorship calls and Q & A boards, I often get asked how to optimize videos in order to rank higher on youtube.

While some people may see it as an SEO optimization problem, I see it as a thumbnail and title problem.

The thumbnail and title are two of the most important metrics you can work on in your videos. People often associate them not getting views to poor SEO optimization; but in reality, it’s a title+ thumbnail problem. You can have the best quality video, but if no one’s click on it, then no one’s watching it.

I always aim for a click through rate of over 15%, and that’s achievable through a very engaging thumbnail and title. If you’re not giving your title and thumbnail considerable thought, that is probably one of the main reasons why no one is watching your video. Click through rates of 5% or lower are very, very low in my opinion.

I spend A LOT of time coming up with catchy titles and coming up with engaging thumbnails. I always put myself in the viewer’s shoes and ask myself the question, “If I came across my own videos as a viewer, what would get me to click on it?”

If you all know who Mr. Beast is, he has an interview up on YouTube where he would actually start backwards in creating his videos. While most people create their thumbnails last, Mr. Beast actually stated that he would create his thumbnails first. He would often spend days thinking of the best possible thumbnail that he could off his next video. This just goes to show that even people like Mr. Beast spend a lot of their time on thumbnails.

Question: What are you currently working on now?

Answer: So currently, i’m revisiting the “filming” route of YouTube. YouTube has literally changed my life and it is still a goal of mine to really help people with a personal brand to my name. Currently I’m focusing on my own personal YouTube channel where I help people grow on Youtube, make money online, and become more productive with their actions. My YouTube channel is also aimed at helping those who want to be  a YouTuber but don’t want to show their face. I also even offer my own online course that caters specifically towards helping people start their own faceless YouTube channels. Faceless channels on YouTube can definitely succeed!

For those who want to follow Jon on his own personal YouTube channel you can visit his channel here: Jon Corres and for those of you who are interested in learning more about his online course, you can start with his free training where he goes over his Top 10 secrets to going viral on YouTube here.

If you guys like these types of interviews, please let me know in the comments below. If you have any guests you'd like for me to feature on the site, I'd love to get your input (and if you have a cool hustle that you think my audience would like, let's talk about getting you on as well).